Do You Have A Construction Project We Can Help With?

FDG subcontracted with Clark Pacific to design the underground parking garage beneath the enormous Apple Campus II. The “Space Ship” has a circumference of over a mile making it wider than the pentagon. Four levels of office building sit atop two levels of underground parking, with the entire structure founded on a triple friction pendulum base isolation system. The underground garage parking is composed of post-tensioned, prestressed radial beams, stack framed with the columns, double tee and slab floor members, tangential beams and moat spandrels, and shear walls. Coordinating vertical loads with Clark Pacific who self-performed the design and construction of the upper office building and lateral loads with Arup the stack framed beam/column system was a complex frame system unto itself. Designed to be compatible with the shear wall system as well for sizable base moments from the base isolators, it was not your everyday beam – column elevation. The radial beams also cantilever to support the perimeter moat spandrels and are subject to very tight deflection limits given they support the elaborate glass curtain wall facade above. New tee, beam and column forms were procured by Clark Pacific to form the large radiused corners that are prevalent throughout the garage and the entire project. Stack framing and dapped members and overall attention to hiding connections contribute to the sleek, modern look. 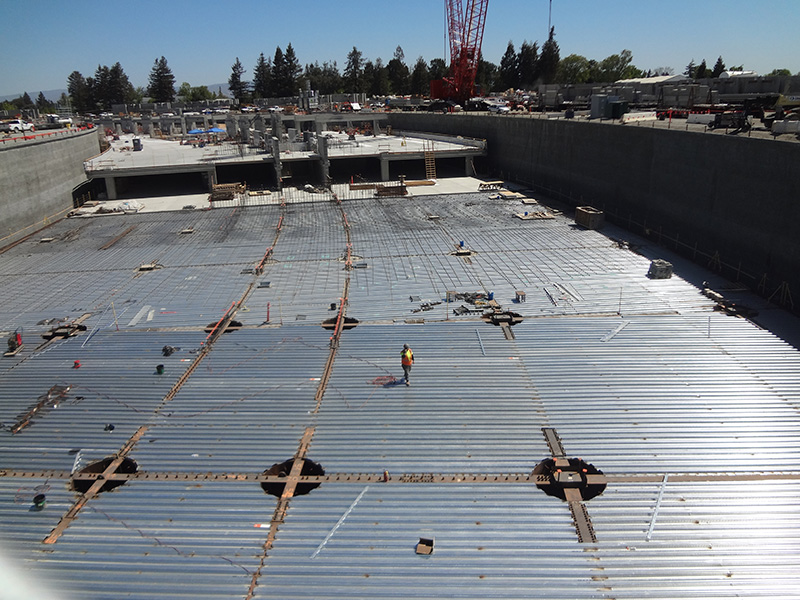 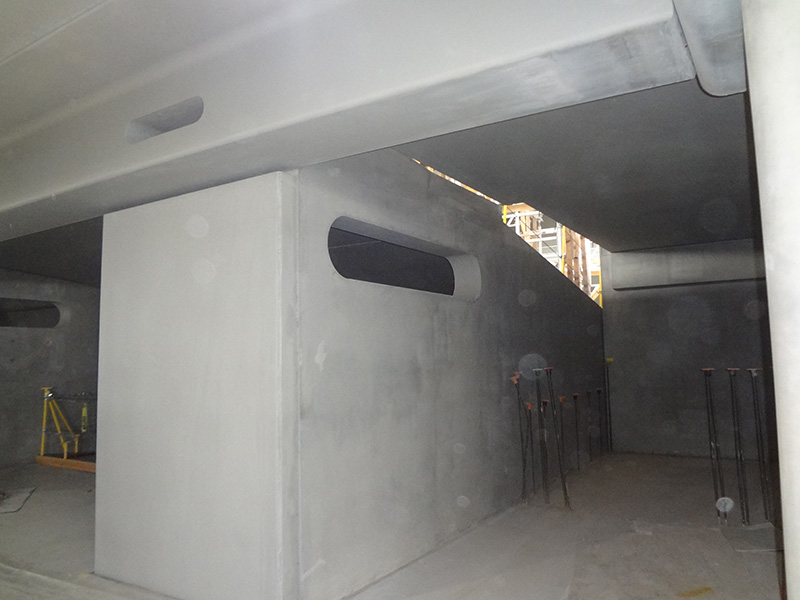 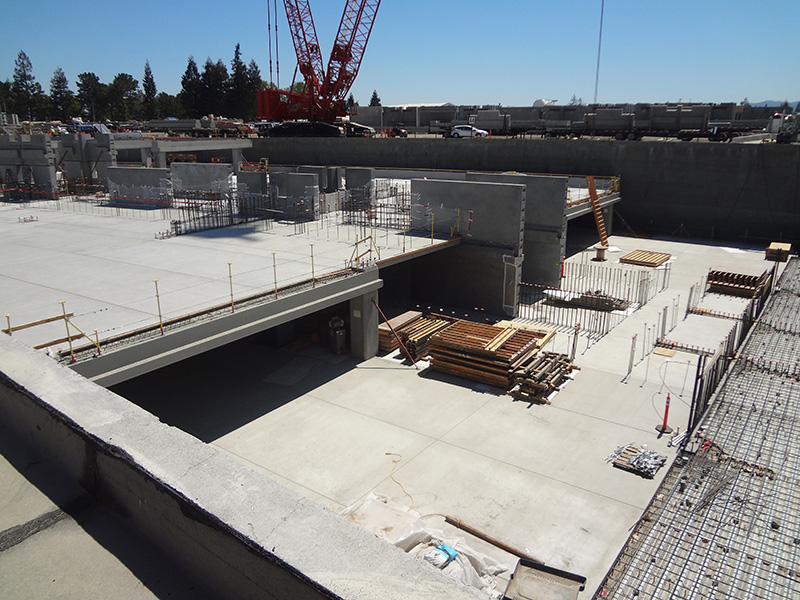 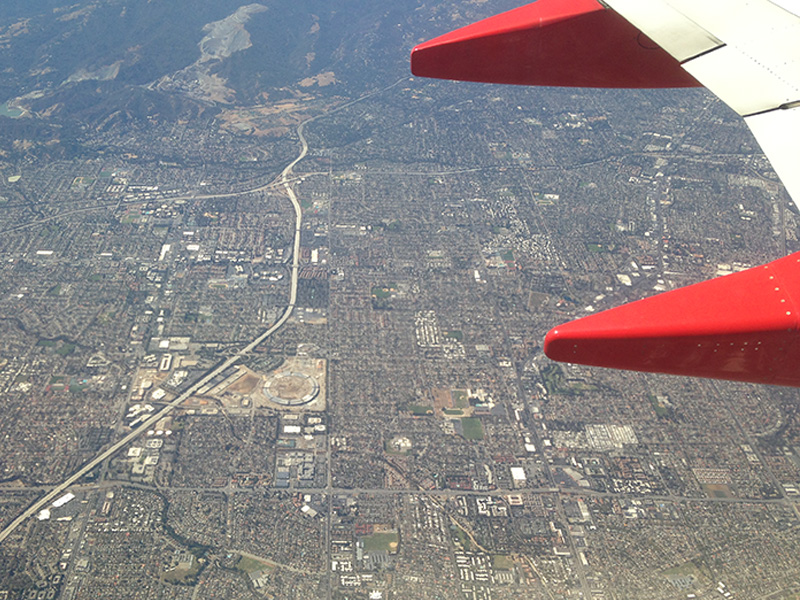 Do you have a question or comment? Let us know!